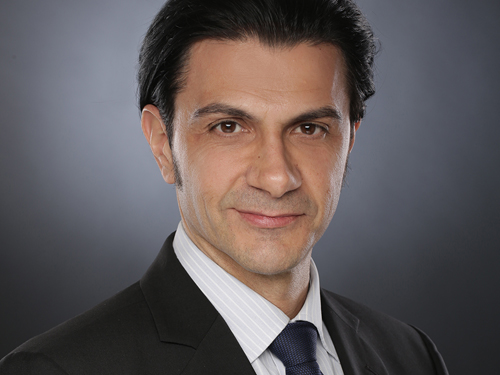 As Swedish IKEA started building its first store in Belgrade we were talking to Mr. Edin Dacic owner of a company who is the only Serbian direct supplier to IKEA on challenges, business practices in Serbia an opportunities for Serbia in the wood and furniture industry.

Mr. Dacic, could you tell us more about your company “Daccomet AG”?

ED: Daccomet AG was founded by myself 1990 in Zürich when I was still a student with money that I borrowed from my father. My idea was to do trading with business partners in Yugoslavia.
However, shortly after Daccomet AG was established, relations in Yugoslavia changed with serious consequences for the business environment. The circumstances forced me to change the concept and since then Daccomet AG was focused on financing the production of goods for export.
Today Daccomet AG is the mother company of three production companies. Two of them are based in Republic of Srpska in Bosnia and Herzegovina and one in Cuprija in Republic of Serbia. Two of them are active in the furniture and one in mattress and cushion production.
Daccomet AG is predominantly owned by Swiss Citizens. In 2015 the Daccomet AG group of companies had approximately 600 employees and generated revenues of approximately Eur 20 mil. Products of the Daccomet AG group of companies include: dining tables, various coffee tables in veneer and solid wood as well as solid wood legs, racks, glue board and various other products.
The main customer of aforementioned products is the global leader in home furnishing IKEA. The start of cooperation between Daccomet AG and IKEA dates back to 1999.
Nowadays market position of Daccomet AG is unique, because its daughter companies work in terms of production planning, capacity increase, investment projects and product development very close together with IKEA.

How did you choose Serbia as your point of business and investments? What are the strongest points of Serbia, in terms of investment location, for you in respect to other countries in the Region?

ED: IKEA encouraged us to take over the majority of an already existing supplier. Special interest was FTA with Russia which is a unique advantage in the region. The general advantage for our sector is the availability and the still competitive price of the wood, our raw material. Second is the competitive direct labour costs although the social charges are too high compared to other comparable countries. Competitive energy costs and good infrastructure are further contributing to the positive orientation for investments in Serbia.

Your company in Serbia is the only direct IKEA supplier from Serbia. Please introduce us more about company Standard Furniture Serbia and your investment in that company? What are the advantages and challenges of being IKEA supplier?

ED: After Daccomet AG became in 2011 the majority owner cca EUR 1 mil were invested in equipment, buildings and of course education of our co-workers. This allowed us to continue to produce solid wood articles but with a higher capacity as well as to lacquer them as well. We continued the successful cooperation with SIEPA on the one hand and of course our customer IKEA on the other hand that already existed before Daccomet engaged itself. But being a Swiss company we invited Swisscontact as well as SECO (State Secretary for Economic Affairs) to support us in our development.